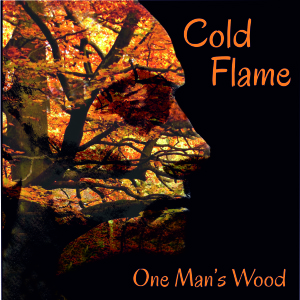 On Monday May 23rd 2016 Cold Flame release a brand new studio album which will be available on cd and on ITunes. Entitled 'One Man's Wood' the album features twelve new studio acoustic blues and folk rock songs with both original and traditional material on offer. Not so much Songs from the Wood - more like Songs from the Wood for beginners but with a very strong flute presence throughout mingling with guitar, bass, percussion, vocals and the odd bit of piano and piano accordion. Inevitably, there is more than a passing nod musically and lyrically to the lighter music of Jethro Tull. Additionally there are a further three songs which were recorded live for Tameside Radio. These live tracks were part of a studio session originally broadcast by the Lancashire based radio station in October last year for their Blues Hour weekly spot. This material was then remixed at Tiny Studios in Hyde Cheshire by sound engineer Ian Burke. 'One Man's Wood' was recorded at Starring Studios in Littleborough, Lancashire with studio engineer Neil Scales during a nine month period starting early last summer culminating in being fully mastered in March 2016. The new album features Mark Parkinson on flute as well as several of the regular band members including latest recruit Adam Hutchins. Songs from the new album will feature in the band's forthcoming acoustic gigs this year. See the band's gig guide for details.

Professional photographer and designer Heather Burns is based in Chesterfield Derbyshire and has worked both with Cold Flame and many other established music acts for a number of years. Heather has provided an excellent front cover design which we feel embodies the sprit of this new album rather well. To learn more about Heather and her artistic talents check out the following links which highlight her excellent skills. We would like to thank Heather for her input and recommend her work to any band looking for photographic opportunities either live or in the studio. 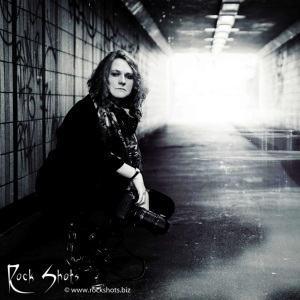 The band would like to thank our good friend Neil Scales whose musicality, professional understanding, patience and engineering ability helped greatly in putting together the latest album 'One Man's Wood'. Apart from being the sound engineer on this project, Neil contributed on several tracks adding some piano and guitar parts as well as some percussion. Although not credited on the album, Neil also added some vocal backing on the chorus of the track Highlander. Check out Neil's studio which is based in Littleborough, Lancashire and the facilities he can offer by following this link...
www.starringstudio.co.uk. 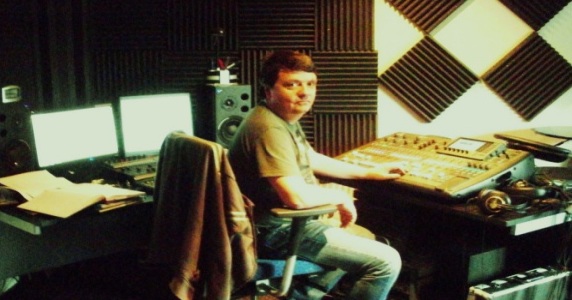 Check out track details and album availability elsewhere on the website. One Mans Wood will be available at all band shows, direct from the band via the website and on ITunes. https://itunes.apple.com/us/album/one-mans-wood/id1103707588

This year Cold Flame celebrate their 32nd year as a live and studio band - quite an impressive achievement given the fickle nature of social trends these days especially the general social move away from live music in favour of bland television and the wonders of modern technology. Okay so we will never be premier division but at least an honest band with some modicum of success along the way. Recently, I received an enquiry from the worldwide net read CVH Ist Class Magazine asking for information about the band for an up coming article - the usual questions such as how the band started, how things had changed over the years, plans for the future, any regrets etc. Gathering thoughts together to present to Editor Christina Howard certainly brought back lots of memories of ' the good old days' when all that was necessary to fill a venue was word of mouth. It also brought back lots of memories of the twenty one past and current members of Cold Flame who have in their individual ways contributed to the musical legacy of a hard working English original blues and prog folk rock band. To band members, punters and promoters all - thank you very much for without your interest and support, Cold Flame would be but a figment of my overactive imagination.

Live 2016
As can be seen from the current gig guide, there has been a slight change in direction this year partly due to studio recording projects, with an increase in acoustic concerts and electric showcase concerts featuring the band's original material as well as the music of Jethro Tull. This change has also been brought about by market forces. 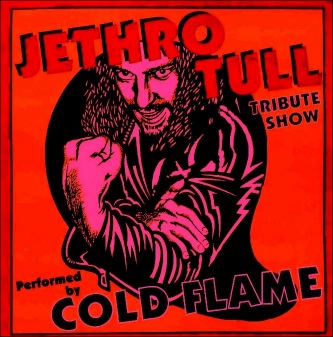 There are a number of Jethro Tull tribute concerts planned this year. These include Leeds in June http://www.newroscoe.co.uk/ and Leicester in October http://www.themusicianpub.co.uk/. Do come and see the band perform one of these unique shows.Cold Flame welcome all enquiries from promoters & booking agents interested in booking the band's Jethro Tull tribute show in 2016 and beyond. A two hour performance of flute rocking Tull music featuring classic material mixed with some rarely played gems and surprises... email info@cold-flame.co.uk for more details of this show or to book the band for electric or acoustic performances. All confirmed gigs for this year have been posted. Do also look out for the band's festival dates this summer and always check for updates both on the gig guide as well as the band's electric and acoustic face book sites.

Ren Harvieu
Cold Flame have been booked for a very special concert on Saturday June 18th when the band are special guests at Torr Vale Mill in New Mills, to acclaimed songstress Ren Harvieu. Ren who has worked with both the BBC and Jools Holland enjoyed UK album success with her first studio album album reaching No. 5 in the national music charts. She is currently working on her second album and will be previewing material from this at the New Mills show. Tickets priced £10 are now on sale and selling out fast. Check details here for further information on what is bound to be a must see show. www.facebook.com/events/615725831903214 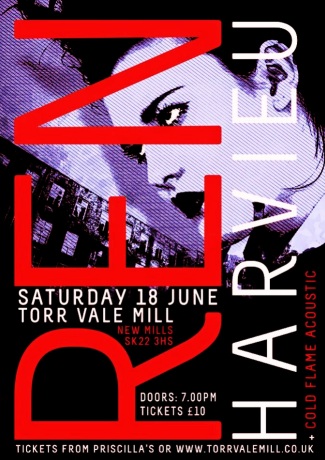 One Man's Wood - The new album
Surprise surprise... Cold Flame will be releasing a brand new studio album on Monday May 23rd this year. Entitled 'One Man's Wood' the album features twelve new studio acoustic blues and folk rock songs. Some of this material is original and some is traditional. Additionally there are a further three bonus songs which were recorded live for Tameside Radio in Lancashire. These live tracks were part of a studio session originally broadcast by the Lancashire based radio station in October last year for their Blues Hour weekly spot. 'One Man's Wood' was recorded at Starring Studios in Littleborough, Lancashire with studio engineer Neil Scales during a nine month period starting early last summer. The new album features Mark Parkinson on flute as well as the more regular members of the band. Mark's contribution is however significant on this new release as there are strong links musically and lyrically throughout to the music of Jethro Tull. More details including track listing and details of all the musicians who played on the album as well as how to get hold of it will be announced very soon. Just a quick word of praise for our sound engineer on this project - Neil Scales - who apart from doing the engineering side also found the time to add some keyboards and guitar on a couple of tracks. For those musicians and/or bands in the north west of England who might be considering venturing into the world of recording, Cold Flame would certainly recommend Neil and his studio skills and facilities. Check out Neil's studio at www.starringstudio.co.uk 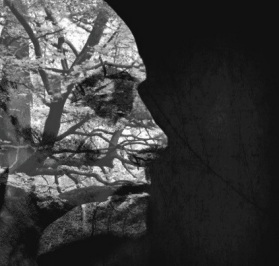 Phil Live in New York
As reported on Facebook recently, band drummer Phil Marke took time out from Cold Flame duties in early February. He joined his work colleagues from the Cheshire Fire Service Choir flying over to the USA where they performed a number of high level concerts organised the the New York Fire Department in and around the New York area. Braving temperatures as low as -25 degrees, heavy snow and pouring rain, the choir sang composer Paul Mealor's critically acclaimed piece 'Stabat Mater' in venues as diverse as Ground Zero and the world famous Carnegie Hall.The New York Times covered the tour and printed very positive reviews of Phil and his team who were one of several guest choirs brought together for this special occasion. 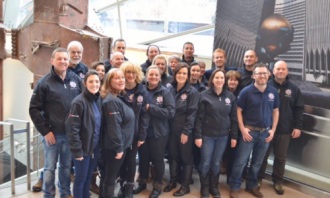 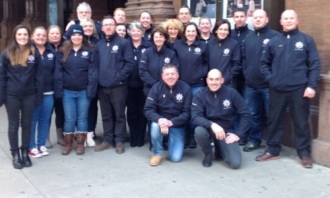 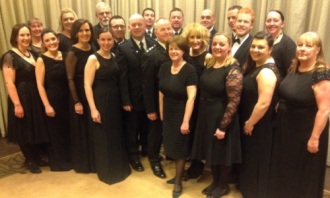 Websites
In keeping with normal website trends, the Cold Flame website has had several updates posted this month. Just before Christmas, inexplicably, the Cold Flame electric Facebook site disappeared and despite efforts made in contacting Facebook, nothing was resolved nor was any explanation given for the disappearance of the site. When it became clear that the site would not reappear, our facebook guru James set about creating a brand new Cold Flame electric page www.facebook.com/cold.flame.925 Glad to say that the band are now reconnected to many of their internet friends from across the World. Well done James. Dave our dot com webmaster continues to run the main site and has also recently found the time to do some singing and guitar playing performing some support slots with members of the band.