Albums - Live at the Carnival 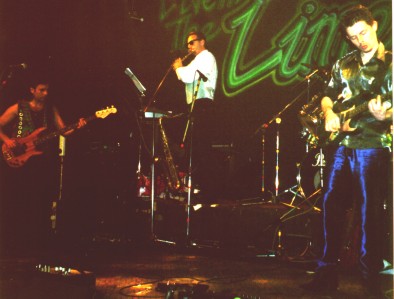 'LIVE AT THE CARNIVAL' features the Cold Flame set from the annual open air Glossop Carnival and Music Festival which took place in July 2000 in Manor Park, Glossop, Derbyshire in front of an audience of several thousand people. The recording was made from the front of house mixing desk used for the festive weekend and amazingly the weather remained warm and dry throughout. . Some additional recordings from The Limelight Club in Crewe Cheshire were added to this project. The tapes were mixed and mastered at Shipwreck Studios in Glossop by studio engineer Paul Walster and produced by Pat Rowbottom.

Background to the album - 'Live at The Carnival'

Following the release of the band's second album 'Stormcloud in the Autumn of 1999, the band organised a busy touring schedule promoting the album across the country over a sixth month period. This culminated in a series of summer festival dates across the north of England. Some of these festival shows were recorded via the mixing desk. One of these shows took place in early July 2000 when the band headlined the annual Glossop Carnival and Music Festival held in Manor Park, Glossop Derbyshire. It was this particular show that was chosen as a live album project partly due to the venue / show being in the band's home town. Once again, Cold Flame returned to Shipwreck studios but it was several months later before the project of mixing and mastering began mainly due to to other studio commitments at the time. Work on what would be the band's first ever live album began in January 2001 and a decision was made during the course of mastering the live tracks to add a couple of tunes recorded at the Limelight Club in Crewe, Cheshire which also dates from the same time frame. With everything completed by late Spring the album was officially released on Friday July 6th 2001. Entitled 'LIVE AT THE CARNIVAL` it featured 73 minutes of vindaloo rocking blues, capturing the live sound created by the band that year. As with all band live concerts, much of the material played was original and tracks from the group's first two studio albums 'On Thin Ice' and 'Stormcloud' are represented. There are also interesting renditions of several well-known classic covers - favourites of band members and audience alike. With flute becoming a more prominent instrument within the band sound, three Jethro Tull songs are also featured. The significance in hindsight of this particular CD release - the band's first ever live album was that it marked the end of one stable line up and prepared the band for more meaningful forays into Jethro Tull and progressive rock territory.

The album 'Live at the Carnival' is available via the band website Shop.